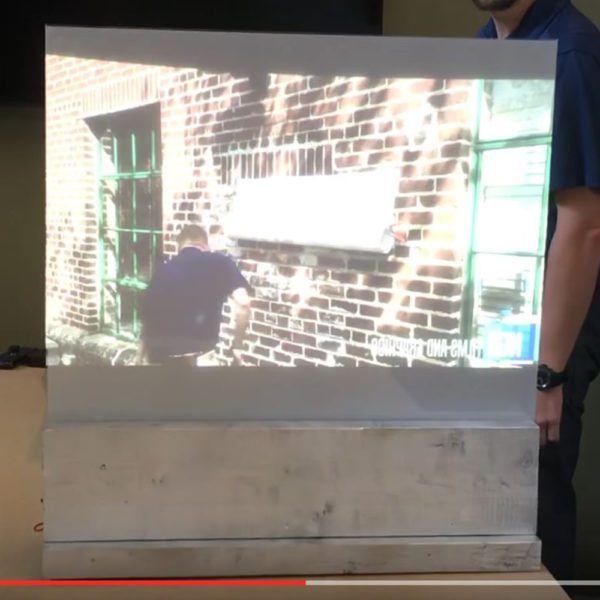 Smart window film, also called Switchable film, is a product that is capable of adjusting light transmission between transparent and opaque using AC power, similar to frosted privacy window film. Due to moisture sensitivity, earlier versions of the film were used only to make smart glass by lamination on glass. With continual improvement in moisture resistance, the current generation of the film can be directly installed on existing windows with special glue or self-adhesive. It combines many functions, such as light adjustment, UV and infrared blocking, advertising and security.

Most film applications are via glass, acrylic, or polycarbonate laminates, mainly having to do with the voltage (110VAC) required to operate the film. Companies continue to attempt various installation methods in order to use the film by itself without having to add the lamination cost.

One of the primary advantages of smart film is that it eliminates the need for blinds, shades, or window treatments and can function as privacy window film.

Get a quote for Smart Film today!