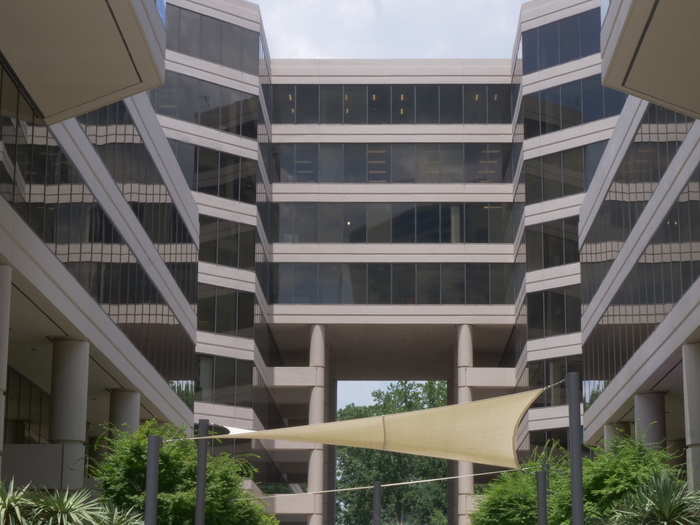 Imagine yourself in your office building. A typical Monday, when you meet with your team in the large conference room.

The weather forecast didn’t call for anything unusual. But tornadoes don’t listen to meteorologists. In fact, there’s a twister headed directly for your building right now: you can see it approaching through the large glass window.

This scenario is extreme, but it does happen: extreme weather, earthquakes, and even explosions can lead to showers of shattered glass cascading on people and property inside your office, school, or highrise.

Add to this list of threatening scenarios intrusions, blasts and explosions, spontaneous glass breakage, and even graffiti, and you begin to see how safety and security window film can really help to protect both the people and the property within your building.

When you think of window film, you probably think of shading, tint, and perhaps protection from the heat and cold. But did you know that advanced window films can also prevent dangerous shattering due to extreme weather, break-ins, and even explosions?

Films like 3M™ Safety and Security Window Film are engineered for a multitude of purposes, including protection from harmful UV rays, privacy, and energy efficiency. But these window films are also being applied to schools, hotels, retail stores and commercial, government, and medical buildings for another, invaluable reason: anti-shattering capabilities that hold glass together when catastrophic events, riots, or break-ins occur.

3M security films also come in dual-function options such as the new multi-optical layer, a high heat-rejection Prestige line. It is virtually clear but rejects almost 50% of the total solar energy while providing security benefits.

3M™ Safety and security window films typically serve one or more of these purposes:

Let’s take a closer look at each of these categories to get a full sense of the benefits of these highly engineered, purpose-built window films.

One of the most common reasons for security film to be installed on a residence or commercial property is for intrusion protection. Windows and glass doors are among the weakest points on the building envelope and are often targeted as an entry point for criminals. Billions are lost due to property-related crimes in the U.S. alone, and unfortunately, fortified glass is often too expensive when considering security upgrades.

Security window films and attachments are used to help deter intruders and would-be thieves from entering into a space, building, or property. With properly installed security window film, intruders will have a considerably more difficult time penetrating or breaking through the glass, adding precious minutes to the crime timeline—and giving police or security the chance to respond before a theft takes place.

In this day and age, the possibility of an explosion or blast near highrises, government and federal buildings, offices, shops, commercial properties, hotels, hospitals, and public spaces is unfortunately real. And if the worst actually does happen, broken glass shards from windows and doors are one of the leading causes of fatalities and property damage.

Some of the most advanced safety window films being developed today by 3M™ can actually mitigate the damage caused by glass shards resulting from an explosion or blast. Though it’s not possible to mitigate completely, these films can significantly reduce the penetration of glass shards into the interior of a building, which means a lower possibility of injury or fatality to people, and less damage to property.

Tornadoes. Hurricanes. Severe windstorms. Extreme weather events like these happen more and more frequently in the 21st century, and without question, they often have the force to break glass.

Fortunately, there are safety window films designed specifically for windstorm protection and mitigation. These films are engineered to keep shattered or compromised glass in the window frame should a severe windstorm or other extreme weather events occur. And when that shattered glass is kept within the frame, there is much less chance of injury or damage to people, patrons, and property.

We’ve all seen it: unsightly graffiti or tagging on storefront windows, bus stop terminals, bathroom mirrors, and public buildings. Though not as severe as an explosion or hurricane, graffiti is a much more common occurrence and one that gives building owners and property managers constant headaches.

Anti-graffiti window films are designed to create a layer of protection over bus stand ads, transit stop banners, storefront and retail windows, school windows and glass, and even mirrors. When a vandal tries to scratch, gouge, acid etch, or tag the glass, they are in fact tagging a film that can easily be removed and replaced.  If the vandalism is removed sooner rather than later, this often discourages repeat offenses, and it also preserves the image of the shop or advertisement.

An anti-graffiti window film is a sacrificial film layer applied over the glass, either on the interior or the exterior. Typical areas where anti-graffiti films are used are retail stores, schools, bathroom stalls and mirrors, advertisements and banners, mass transportation and metro transit stops.

When it comes to your commercial property, business, or building, the protection of your patrons, tenants, employees, and property is the highest priority. And though no building is totally impenetrable, modern safety and security window films go a long way in mitigating injury, damage, and even fatality, and also serve as a significant deterrence to intrusion, theft, and vandalism.

Learn more about how 3M™ window film can secure your commercial property in our AIA accredited webinar: Protect People and Property with 3M™ Safety and Security Window Film